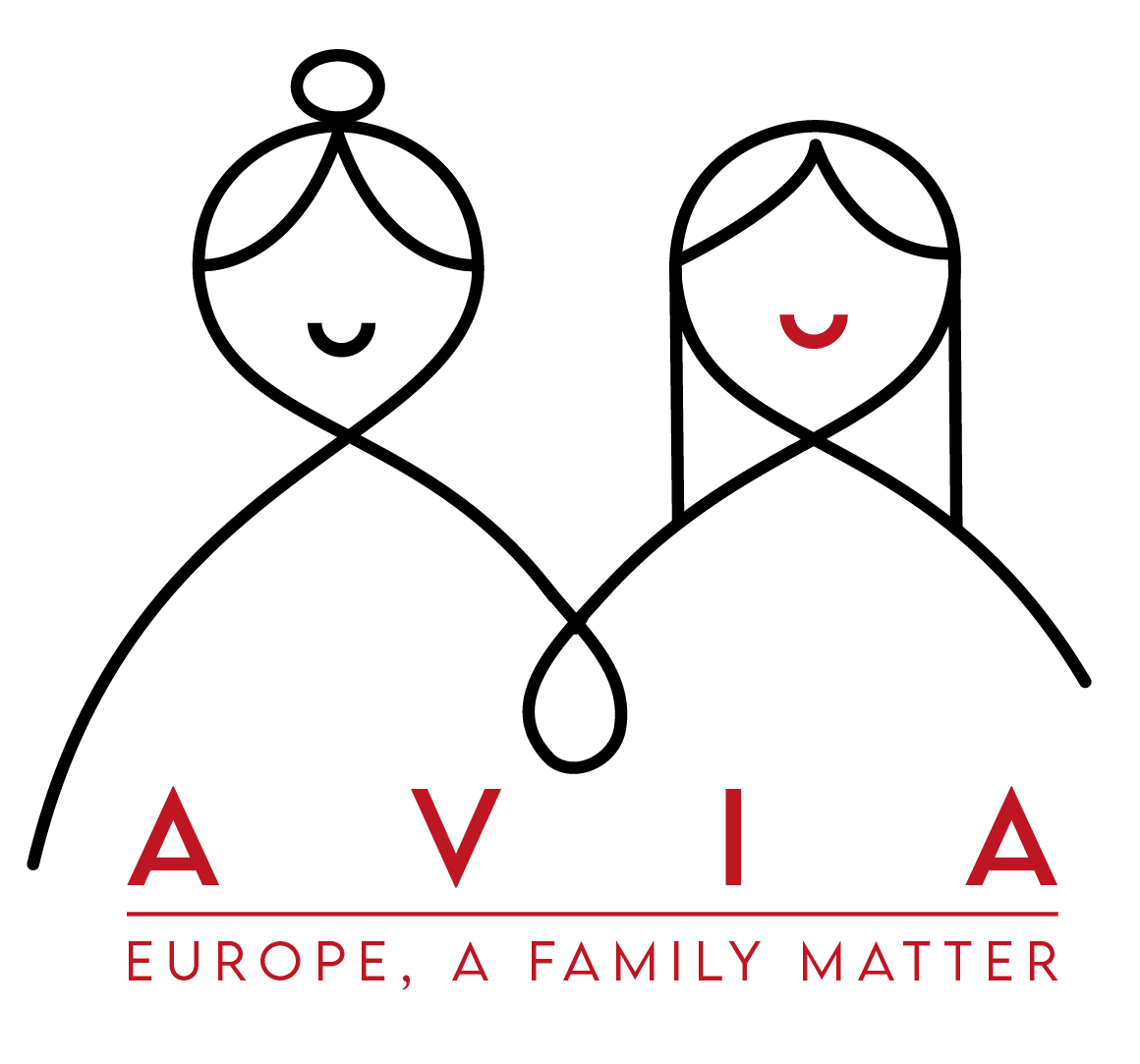 AVIA portrays women* living and shaping society on the European continent. Their unique journeys illustrate the changes in the way we live, in our interpersonal relationships, and fights that were fought and are still fought for.

AVIA are conversations between grandmothers and granddaughters, in which they tell (themselves) their reality as young women. This allows an overview of almost 100 years and gives us the opportunity to imagine the direction in which the next 100 years should go, with all the challenges they will bring.

On the one hand, the women* interviewed belong to the silent generation, born between 1929 and 1950, at the beginning of the birth boom. On the other hand, 50 to 70 years later, the granddaughters belong to the Millennials and Gen Z. The grandmothers directly witnessed the first developments of the EU's predecessors. They became adult women under the Soviet regime, the Spanish or Greek dictatorship. They are women who fled their countries to escape the conflicts and wars that European countries have been involved in for so many years.

AVIA invites dialogue between generations and bridges the gap between these seemingly so different generations. With the talks, I would like to pause for a moment. The aim is to bring women who have worked in secret for decades, who have shaped the social environment and taken care of many, into dialogue with young women who today take on a lot of responsibility to move society forward.

Where does the idea come from?

It was a vague idea at first. In 2020, in the first weeks of the lockdown in the wake of the COVID-19 pandemic, I had just returned from the ERASMUS program and had no plan of what to do next for me. Instead, I suddenly had a lot of time. Time to think about things and time to have deep conversations with friends. Again and again we came back to the lives of our grandmothers, their commitment, and thus also to the issues that move us today. I asked myself to what extent the stories of our grandmothers shape us to become active in everyday life and to get involved. AVIA was developed through discussions and encounters and finally went Online with the creation of the logo and the support of the TUI Foundation.

The desire for more conversations and stories got me thinking - Why should I limit myself to my grandmas? I'm sure there are many more stories of grandmothers and granddaughters to tell!

Why now:In Europe, but also in the rest of the world, we are facing major challenges. Challenges that we have never perceived so strongly before, such as the climate crisis in particular. However, there are also challenges that we are already familiar with on the European continent: growing nationalism, populism and above all the fear of "the other". The women were born during or shortly after the war, lived under communism, and witnessed the fall of several dictatorships in Europe. This generation actively witnessed the numerous geopolitical changes, helped shape major social freedom movements and helped shape developments in social thinking. My generation and ours are facing similar major changes that will require a lot of resilience and action.

Why only women:  Don't we hear enough women's stories today? Do we still need feminist approaches? To all these questions the answer is: we don't have enough yet and we still need it. The feminist movements are divided into three waves: Wave 1, from 1840 onwards, Wave 2, from 1960 onwards and Wave 3, from 1990 onwards. Whether we are still in the third or already in the fourth wave today is a matter of debate. One thing is certain: there is still work to be done. Women are still underrepresented in social events. What do the AVIA interviews have to do with this now? Through AVIA, women who have worked in secret for decades, shaped the social environment and taken care of many and many things, are to be brought into conversation with young women who today take on a lot of responsibility to advance society. This is to give not only young women, but also young men, a broad view of women's lives through the 20th century and into the early 21st century. Together, they can then understand what patriarchal society impact had on the lives of our grandmothers. And why today, equality for women and minorities is still something we need to achieve.

Why only two generations Everyone can associate something with the word grandmother. Whether you know your grandmother or not, get on well with her or not. The history of one's grandparents, especially grandmother, is also a part of one's own history. Grandmothers and grandparents per se do not necessarily play a role in the upbringing of grandchildren, but they can help young people with their own orientation, be an important support and become persons with whom one can build a trusting relationship. Although our view of the world is primarily shaped by our parents, it is also shaped by our grandparents.

AVIA would like to take a bird's eye view of the last decades to get a zoomed out perspective on the next decades. Conversations between grandparents and grandchildren allow for a different kind of conversation, in that the relationships have a certain distance without the intimacy of the stories and connection being forgotten.

The war or post-war generation directly experienced (consciously or unconsciously) the first developments of the EU and on the European continent. They lived under communism and witnessed the fall of several dictatorships in Europe. Without warning, our generation was locked up at home for weeks from one day to the next. With much warning, the younger generation today is trying to bring some sanity and radical action to our consumer society. From a Western European perspective, our parents' generation has lived in the full economic boom, seen capitalism grow and consumed more and more. So, in my opinion, there is a lot that connects us to our grandparents' generation.

Who is behind AVIA

Hello, I'm Magali, originally from Strasbourg, I'm at home in Berlin and currently working in Brussels. I'm half German - half French. When I meet new people, that's exactly how I introduce myself: as German-French.

I have been active in European politics for more than 7 years: in youth associations, in my main job, but also in my environment. I have the privilege of having two grandmothers with whom I have exchanged and discussed a lot. Behind AVIA are all my questions, interests and attempts to find meaning in the coexistence of a society

Hello, my name is Wojtek. I come from Gdańsk, Poland. Before I came to Brussels for six months, I worked in the city hall of Gdańsk. I love graphic design and I had the opportunity to design the logo for AVIA and improve my skills in the field I want to work in.

The logo is inspired by South Korean art. I lived in China for three years and am passionate about the culture and history of the country. Overall, the cultures of the Asian region inspire me. In Brussels, I try to continue practising my Mandarin, which I have been learning for five years.

Hi, I'm Maria! I'm currently traveling around Europe in my van, working as a freelancer from the road, and I'm very grateful for the opportunity to discover new, beautiful corners and meet different people every day. Magali and I studied together. When we met spontaneously in Portugal again, last year, and she told me about AVIA, I immediately was excited to learn more about the project!

When I travel, I often get to talk to older people. Michel (around 80 years old) once told me in the french Bretagne, that fresh seaweed has been considered a healthy delicacy for a long time and that he finds it sad that young people often only get involved with local plants and herbs because of the "superfood marketing boom". In 2017, the canadian couple Paul and Elise let me in on their secrets to young and fresh skin with their mid-70s (one of the secrets is to swim in the ocean every day!), while I updated their website as a thank you for their wisdom. A few years ago in New Zealand, I worked for a very religious retired couple with whom I discussed religion and traditions a lot in the evenings, and recently in Spain I met a large group of friends from Germany who were already roadtripping around Morocco in self-built vans, motorhomes and trucks before they retired and have endless travel stories to tell. I am looking forward to the many, exciting stories that can be told through AVIA and am happy to be part of the project! 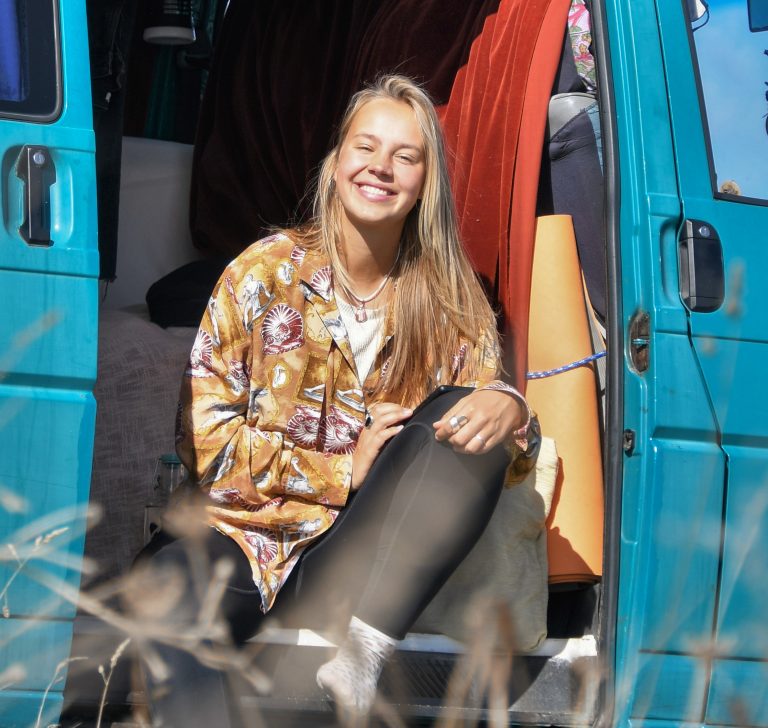 Hi,
I am Cristina and I am currently studying Software Engineering. For me, programming is more than just a logical science, but a creative way to express yourself and your ideas in the digital world.

I decided to create the website for AVIA because I feel that in modern society we are more and more in a hurry and turning away from our true values.
AVIA öffnet uns eine Tür, um uns mit der echten europäischen Familienkultur zu verbinden und die jüngste Geschichte durch die Erfahrungen unserer Großmütter zu verstehen.

AVIA is more than a project, it is a living history, filled with emotions and the life perspective of different generations. 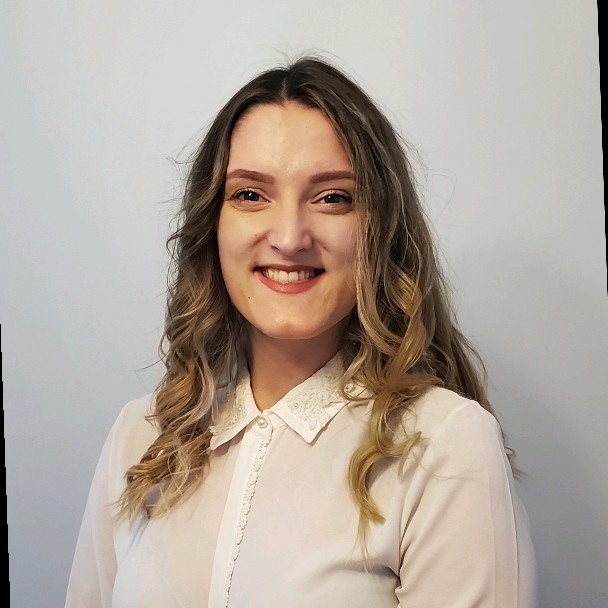 This website uses cookies to improve your experience while you navigate through the website. Out of these, the cookies that are categorized as necessary are stored on your browser as they are essential for the working of basic functionalities of the website. We also use third-party cookies that help us analyze and understand how you use this website. These cookies will be stored in your browser only with your consent. You also have the option to opt-out of these cookies. But opting out of some of these cookies may affect your browsing experience.
Necessary Always Enabled
Necessary cookies are absolutely essential for the website to function properly. These cookies ensure basic functionalities and security features of the website, anonymously.
Functional
Functional cookies help to perform certain functionalities like sharing the content of the website on social media platforms, collect feedbacks, and other third-party features.
Performance
Performance cookies are used to understand and analyze the key performance indexes of the website which helps in delivering a better user experience for the visitors.
Analytics
Analytical cookies are used to understand how visitors interact with the website. These cookies help provide information on metrics the number of visitors, bounce rate, traffic source, etc.
Advertisement
Advertisement cookies are used to provide visitors with relevant ads and marketing campaigns. These cookies track visitors across websites and collect information to provide customized ads.
Others
Other uncategorized cookies are those that are being analyzed and have not been classified into a category as yet.
SAVE & ACCEPT

Be the first to read the latest interview!